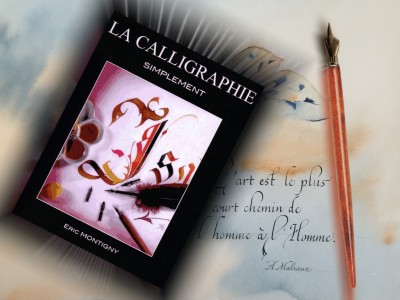 This book shows, step by step, what kind of material you can use, how to write 6 different Latin alphabets, some practical project.
As it has more than 1000 photos in it, you do not have to understand French to use it. You will see a detailed step by step about each letter.
Here are the writings you will find in this book